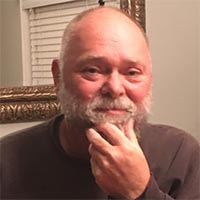 Tony was retired from the Army after 20 years, and had been employed by Pepsi for over 30 years.

Funeral services will be held at a later date.