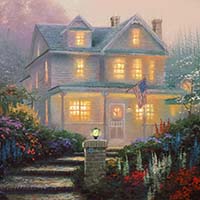 Ralph Anthony Giovanetti, Jr, 68 of Christiansburg, Va. passed away suddenly on January 22, 2020. He was born in Riverside, N.J. on February 04, 1951 to the late Ralph A. Giovanetti, Sr. and Philomena (Sacco) Giovanetti. He was preceded in death by a sister, Louise Atkinson.

Before moving to Virginia, Ralph worked for the Tacony-Palmyra Bridge Commission in Palmyra, N.J. Ralph previously worked as a driver for Conrock Concrete Company in Blacksburg, Va. He also served in the National Guard in the early 70’s.

He was a loving husband, father and grandfather. His family was everything to him. Ralph was a good friend, always there to lend a hand to those in need. He enjoyed working on cars, riding his Harley Davidson, teaching the grandchildren how to ride the four wheeler, playing in the pool with the family and caring for the multiple animals throughout the years. He loved it when the whole family gathered for dinner and generally spent time together. He will be greatly missed by family and friends.

Visitation will be held on Sunday, January 26, 2020 from 2 to 3 p.m. at Horne Funeral Home. Celebration of life services to follow at 3 p.m. Officiation are pastor Chris Sellors and Rev. Robert Mack-Clauser. Donations are appreciated to the Alzheimer’s Foundation.