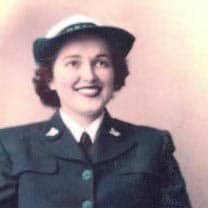 After graduation, she enlisted in the U.S. Navy WAVES. At the naval airbase in Deland, Fla., she met her future husband, Francis “Bill” Gillen, who served in the Navy for five years.

Upon completing their service, Connie and Bill married in 1946 and attended the University of Illinois at Urbana-Champaign. After college, they moved to Boston, where Connie took classes at Tufts University while Bill pursued his MBA at Boston University. They then moved to Corning, N.Y., where Bill was employed by Corning Glass Works.

Connie pursued a teaching career with the Corning-Painted Post School District, where she taught kindergarten and first grade for 20 years. After her retirement, she moved with Bill to Warm Hearth Village in Blacksburg, Va., in 1992. In retirement, Connie became an exuberant traveler, making multiple trips to Europe and across the U.S., Canada, and South America. She also enjoyed attending the opera, listening to symphonic performances, reading widely, playing bridge, and spending time with her family.

All who loved her will never forget Connie’s charm, grace, and enthusiasm for life. She will rest next to her husband at Westview Cemetery in Blacksburg, Va.

A graveside memorial service will be held for her in 2022.

The family wishes to thank the attentive staff at The Willows at Warm Hearth Village, which took good care of Connie in her last years.