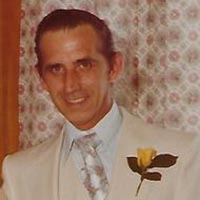 Richard Evelyn Byrd Fowlkes, age 88 of Pulaski, died Sunday, December 1, 2019. He was born on February 11, 1931 in Richmond, and was the son of the late Grace Saunders Fowlkes and Clarence Waltin Fowlkes.

Richard was a well known owner and operator of Fowlkes Grocery in the Shiloh community of Pulaski Co. He was a United States Veteran of the U.S. Army, having served in the Korean War.

In addition to his parents, he was preceded in death by his wife, Stella Kemp Fowlkes: three brothers; Curtis, Robert and Warren: four sisters; Helen Manuel, Mildred Shelton, Dolly Chrisley, and Eva Kreidel. He is survived by three sons: Larry Fowlkes of Pulaski, Rickey Fowlkes of Radford, and Stanley C. (Alesa) Fowlkes of Christiansburg: a step-son; Eddie Jones of Roanoke: a brother; William Fowlkes of Wytheville: eight grandchildren, eleven great-grandchildren, and one great-great grandchild.

Funeral services will be held Friday, December 6, 2019 at 11:00 a.m. at Seagle Funeral Home with the Rev. Charles Damron officiating. Interment with military honors, will be at 12 Noon Friday at the Southwest Virginia Veterans Cemetery in Dublin. The family will receive friends Friday at the funeral home from 10:00 a.m. until 11:00 a.m.

Online condolences, may be sent to the family by visiting www.seaglefuneralhome.com. Arrangements by Seagle Funeral Home, Pulaski.