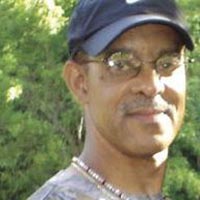 Carlton Harold Dow (Shorty, Shorty P, Pete, Bro. Dow, Roller) of Elliston, VA answered the master’s call on Sunday morning, March 22, 2020 at the VA Medical Center. He was born on September 6, 1948 to the late Carl and Elsie Dow. He is also preceded in death by his brothers, Weldon and Leon Dow, and lifelong friends, Larry Starkey and Bill Ford.

Carlton was a member of the First Baptist Church of Elliston where he was baptized at an early age. He was an active member in different capacities. He enjoyed riding motorcycles the most. He loved drag bike racing with Charlie, Mark, and many other friends. He was known as a “legend” and an “expert” in the sport. In his spare time he loved fishing, especially when he was able to take his grandsons with him. Hunting was also another hobby he loved. Carlton was a Senior Vice Commander at VFW post 4920. He really loved being a Marine and you would always catch him in camo or marine paraphernalia/gear. His favorite quote was “Once a marine, always marine.” His absolute greatest joy in life was his grandchildren and he would light up whenever talking about any of them.

He attended the Christiansburg Institute. He later served in the U.S. Army and the United States Marine Corps and was honorably discharged March 21, 1974. Carlton was employed by Carter Machinery, Dickerson GMC, Radford Arsenal, and Dow’s Auto Repair, where he was Self Employed.

Due to the impact of the Coronavirus on our community, a memorial service honoring Shorty’s life will be held at a later date. A Graveside service for family and friends to pay respects will be held on Monday, March 30, 2020 at 2 p.m. at First Baptist Church Elliston Cemetery.