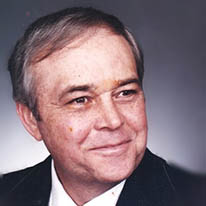 Theodore “Teddy” Curtis Dennis, age 83, of Pearisburg, Va. went home to be with his Lord and Savior on September 17, 2022 while in the care of Carilion Roanoke Memorial Hospital. Ted was born on February 22,1939 in Bluff City, Va. to the late Claude A. Dennis and Clanie Ratcliffe Dennis.

Ted was a proud graduate of the Class sf 1957 Pearisburg High School (Red Devils). He served our country in the U. S. Air Force for 4 years and then went on to enjoy a successful 35-year career at the Radford Army Ammunition Plant. After retiring, he continued to work at several part-time jobs, with his last one being at Advance Auto in Pearisburg. Ted was of the Christian faith and lived his life with a strong adherence to the laws and guidance of His Lord. !n recent years, his family looked forward daily to his morning text greeting which consisted of a sweet “hello” and a precious scripture quote from God’s Word. Ted will be remembered for his quick wit and admirable work ethic; but mostly for the Godly life he led and his exemplary love and devotion to his family and Lord.

Funeral services will be on Monday, September 26, 2022 at 2:00 p.m. with Pastor Eddie Kendall officiating at Kendall Funeral Home. The family will begin receiving friends on September 26, 2022 from 1:00 PM until 2:00 PM. Burial will follow at Birchlawn Burial Park in Pearisburg. A guestbook is available by visiting www.kendallfuneralhome.com. The Staff of Kendall Funeral Home are honored to serve the Dennis Family.