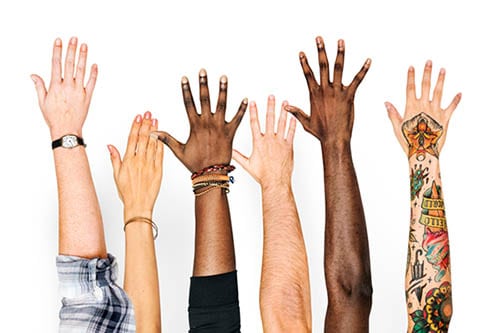 It ought to actually suggest the opposite. But let’s face it, Liberal Democrats aren’t really known for making much sense.

It is pretty strange… Liberal Commulmnist Doug Thompson, and “Community Leader” Kamala Bauers both seem to think that “democracy” is best served by not really having a choice on the ballot at all (if you bother to read either of their more recent ramblings in the Floyd Press). And it appears that Will Griffin would agree. Probably more than most, considering that Town of Floyd Mayor Will Griffin has NEVER been elected to the office of mayor. What I mean is, 12 years ago, Will Griffin was appointed to the office of mayor, and in the subsequent three terms, he has never seen a rival challenge his seat… till now.

Enter David Whitaker. David serves on the Town Council as more or less the only actual conservative. Sure sure… Will Griffin takes offense to this notion… He would have you believe that he is a “conservative” and maybe he is in the manner that any “dad” is a conservative. Like me, I imagine that he walks through his house turning off unused lights, thinking “I understand my father better now…” much in the same way that I do. But let’s get honest for a moment. That isn’t conservatism in the sense that it matters in today’s political framework. For too long, we have seen our local politicians literally hide in the notion of “that isn’t an issue that I have anything to do with.”

Case in point… I recently was “summoned” by the mayor to discuss a Facebook post of mine. Mayor Griffin reached out to my wife… not to me, but to my wife, to request that I call him. Well, that isn’t really my style, so I showed up at his house. I wasn’t invited in… we instead sat on his porch. You see, my Facebook post was in reference to the FACT, that though Mayor Griffin Signed an oath to the Republican Party of Floyd County to support the candidate that won the GOP nomination in April, Will Griffin now sports Derek Kitts signs in his yard. That is the Democrat candidate, running against the Republican, Marie March, which Will pledged to support.

In some sort of sad attempt to intimidate me, Will insinuated that taking pictures of his house somehow crossed the line of reason. But it wasn’t his house that I was documenting. It was his desecration of HIS oath. HIS promise. HIS commitment to do something. This is what I was determined to call attention to. This says volumes to his candor, and his integrity. In the course of that conversation, Will enlightened me to the fact that he typically refrains from putting political signs up in his yard at all. I paraphrase… but something to the effect of “maybe a Nick Rush sign a time or two… but normally I don’t put signs up in my yard.”

So, if that’s the case, why break protocol this election cycle? I can tell you what I think. I think that it has more to do with Will’s personal feelings towards Marie March (Candidate for delegate, VA 7th District) than anything else. I don’t really know the backstory there… but here is my take away from it all… Will Griffin will allow his personal differences to interfere with his ability to govern. For some reason, he has a personal grievance with Marie… and it is strong enough that Will is willing to violate an oath to the Republican Party. Currently, I can think of 2 other instances that support Will Griffin’s grotesque inability to serve another term as mayor of the Town of Floyd.

1. David Whitaker’s yard signs. David is a dedicated Republican. He serves on the GOP Unit committee, and he regularly shows up to meetings and GOP events (of which, there have been MANY this year). In Floyd county this year, there are 5 candidates running for various seats in the Courthouse district (not including David Whitaker for Mayor). It is a given that in America, in Virginia, and yes, even in Floyd, your political speech absolutely falls under the First Amendment (very little speech does not). It seems that there is a vague Town ordinance that prohibits more than three yard signs. I’m not sure how this doesn’t fly in the face of the US and Virginia constitutions as they pertain to Free Speech. Yet, apparently, Will Griffin finds fault with political speech, but only when he doesn’t like your candidate. As it turns out, He is totally fine with his wife placing 5 political signs directly across the street from David’s house, but only because they are signs for Will Griffin’s re-election bid for mayor of the Town of Floyd.

“I have the ability to do what I want, sitting in the Mayor’s Chair.”

And 2… Let’s talk for a minute about Linda Wagner. Yes, at the town hall meeting on Oct 21, he actually interrupted Linda, and said, “I have the ability to do what I want, sitting in the Mayor’s Chair.” Why? Because Linda was stating the issues that have been ignored for literally years, and pointed out that a FOIA request delivered proof to the community that it is not beneath Will Griffin to stoop to sicking VDOT on a noisy Town resident for literally nothing.

She is, unfortunately, the neighbor of Kamala Bauers’ business of Hotel Floyd. I have seen the FOIA’d emails that Linda Wagner mentioned in the Town Council meeting. It is damning to see that Will Griffin is absolutely reporting Linda Wagner for VDOT right-of-way violation regarding some potted plants that are on the Right of Way in front of their house, but not reporting other residents for similar infractions.

In an email dated September 7, 2021, Jesse Miller, of VDOT in Floyd County writes:

“Regarding the pots, I gave him two weeks to move. At the same time, he said that he had been told by the town that it would be OK. He asked what precipitated me asking for the move, and I said that we had received several complaints including a request from the town to evaluate. I said that I don’t look to unilaterally use Commonwealth power on local items that are not necessarily a life safety issue so if he could have the town contact me and let me know the position the town I would consider that.” [sic]

Furthermore, in a follow up email dated October 1, 2021, Mr. Miller states the following:

“Good Morning Mr. Griffith,
It is not particularly an uncomfortable situation, it is that I am also considering the implications of the action. In particular, I think we should be prepared for the item to appear in the media and questions of whether or not we are singling out one property owner.

I agree that the trees are not supposed to be located in the ROW, but at the same time I like to make sure that we have a locality’s backing before we initiate proceedings that may become contentious or impact others as well. Obviously there are times when VDOT may need to take unilateral action when there is a life/safety issue, but I do like to make sure that everyone agrees to a course of action when it is a local non-critical matter such as this.“

Well, I wonder how Will, the Lord of Floyd will Rule? May the Peasants be allowed to have trees planted in pots where the parking of town visitors frequent? Or is the power in the hands of the “do what I want” mayor to issue the Emperor’s proverbial “thumbs down” on the Wagners? The potted trees harm no one… even the top VDOT guy in Floyd says so. What are we even doing here? Will?

Instead of bullying Tax Paying residents in the Town, while touting the pavement of one side of one street with a million dollar sidewalk… your side of the street… why don’t you do your job, and serve the tax payers in town by addressing their grievances with the Hotel Floyd? Namely, the lighting issue and the hundreds of nails that are protruding through the privacy fence that the hotel put up? How can you pretend that these aren’t legitimate grievances on the part of one of your Town residents?

I don’t know how this will all turn out. Maybe more FOIA’s will be necessary to expose abuses of our Mayor, and indeed, potentially some of the other members of Town council… But one thing is clear. Mayor Will Griffin is not seeking the best interest of the town residents by sicking VDOT on a resident, or allowing that resident’s back yard to essentially become an impaling hazard, what with all those half inch nails sticking through the fence. But I do know that I have known Will Griffin for years, and lately, I have discovered that he isn’t worthy of any sort of trust… not by his oath, and not with the well being of his town residents… unless they are massive Democrat contributors, anyway.

It’s not just for the Mayor’s office though. The Liberal Left in Floyd whinge on about how the best public servants are already in office, so why rock the boat. Well, I’ll tell you why. Every election ought to have at least two candidates on the ballot. The “best public servant” for the job is not discovered when incumbents are not challenged. Currently, the Courthouse District in Floyd has two heavily contested races for this election cycle, Board of Supervisors and School Board.

Jerry Boothe and Jennifer Miller are slugging it out for the Board of Supervisors and Renee Metcalf squares off with Deb Snellings for the School Board seat this year. Both seats are important. The BoS is where all of the county and regional committees are set. The Economic Development Authority is likely the most important currently.

This is where the economic policy decisions for Floyd are set, and right now, it is stacked with Liberals. Why does that matter? A little known fact from the last election cycle played out, largely thanks to the political and economic lay of the land here in Floyd. In the 2020 election, Floyd voted 70% Republican, and 30% democrat. However, financial contributions to political candidates were heavily skewed the other way. Republican candidates raised $5,000.00 while democrat candidates raised something to the tune of $80,000.00.

The Town of Floyd is actually an economic engine to fund the Liberal democrat agenda… and that is to turn Floyd blue.

And so, the liberal democrats of Floyd would have you believe that everything is fine, that everyone gets along, that no one is coming for your guns, bla, bla, and bla. They would have you believe that we all can disagree politically, but it isn’t personal… but we have to know better than that. We read it everywhere. They hate more than they love and it shows. Especially now that there are choices on the ballots this year.

The question is, do you trust the Floyd Leftists to keep their hands off of your guns, or, these days, in the schools, to keep their hands off your kids? If Loudon County is the bellwether for the Leftist Democrat Agenda, I propose that you weigh your choice for School Board very carefully this year, and everything else that the democrats have built up over the years… because while you have been tending to your own business, they, too, have been tending to your business, and weeding you out of the economic benefits of Floyd.

This is it, folks. If you vote for democrats, and that means Terry McAuliffe, Derek Kitts, and on down to Will Griffin, Deb Snellings and Jerry Boothe, then you are voting against your children’s future. Their inheritance, their education, their bodies, and their souls will be in the clutches of absolute statists. You need to pray.