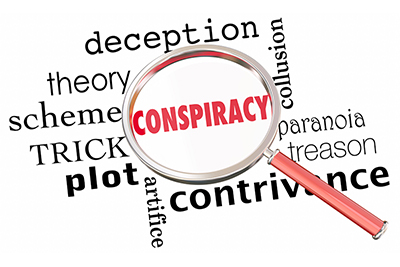 For the first time in almost a year, I attended church services for real, I guess. I am not partial to going to church online. If I wish to visit God on screen, I will revisit “The Ten Commandments,” “Ben Hur,” “The Robe,” or “The War of the Worlds.” Now, given the list, you may feel that a science fiction film may be out of place. Hear me out, though.

In the 1954 film starring Gene Barry (Bat Masterson to your western fans), humanity reached the end of existence or existential slavery. Barry and his female companion sought refuge in a cathedral. The denomination does not seem to matter when instantly you could be vaporized or eaten. The walls were falling upon them; the screams of the frantic rang out.

Suddenly, all was still as if the hand of God had hushed the Earth. The parishioners ventured from the building to find the Martian machines had collapsed. The hideous occupants shriveled and dead. Common earthly diseases had wiped out the invasion force, saving mankind. (As a footnote, the politically correct Word program insists that humanity or humankind substitute mankind. Well, it’s my story, so Word can put it where the sun doesn’t shine.)

This film jogged my memory as we find ourselves now in a War of the World. A disease has attacked the world at large, created and released by an insidious government, and devised to cripple the nation-states of Earth, not for total extinction, but instead for subjugation. Supporting this attack is a fifth column of political, media, and military traitors. Oddly like a season of X-files. The FBI is still in the deep state as on television.

The revelation struck home when I stood before the front doors of my church to find a Do Not Enter sign. So instead, I entered via a rear entrance, my name on a reservation list, no less. From there, I was allowed to enter the sanctuary and sit in a designated location–canned music, no singing, not even a passing of the plate.

I do not have to be seated in the church to believe in God. Many people want to enjoy the camaraderie of fellow parishioners with similar beliefs. America, based on Judeo-Christian principles, is the rock on which our church is built. Ay attack on religious faith is an attack on this country, an act of war. The effect of the Wuhan Flu is consistent with an organized attack.

The leader of this attacking force, trying to curry favor with the people of Earth, has proclaimed that his scientists identified the source of the Wuhan Flu, or Commie Covid if you like. Instead of releasing the disease, the scientists found a cure for the illness that saved lives.

I was born at night, but not last night. I have read enough Tom Clancy and Stephen King to identify a plotline when I see one. What better way to cover a crime than to present oneself as the victim, even by murdering thousands of your people. BLM and Antifa do that every day.

If this foreign government found a cure, it only suggests the they found the bottle on the shelf next to the disease. The other drugs on the shelf offer cure for variants released in various locations worldwide to keep the threat alive–an excellent strategy for world domination, but evident to anyone above twelve years old.

Fauci and his Frankensteinians tell us that it is all about science. I contend it’s all about the scientist. The ghost of Dr. Mengele continues to haunt the halls of science and Congress with help from the Globalist conspiracy.