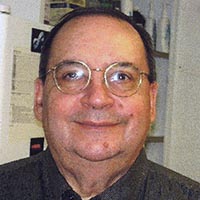 Richard Charles Csanyi, age 75, passed away on Friday, March 20, 2020, at his home in Bozoo. He was born on May 8, 1944, in Detroit, MI. Richard worked as a Respiratory Therapist for Carilion Giles Community Hospital in Pearisburg, VA. He was a member of Gideons International and volunteered at the Lindside United Methodist Church Food Pantry. He loved his cat and enjoyed feeding and watching birds.

In keeping with Richard’s wishes, he will be cremated with a memorial service being held at a later date. Online guestbook can be signed or condolences may be sent to the family at www.broyles-shrewsbury.com. Arrangements by Broyles-Shrewsbury Funeral Home, Peterstown, WV.