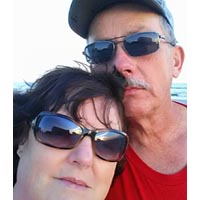 Wendell Eugene Collins, 62, of Shawsville, went to be with the Lord, on Thursday, January 7,2021.

If you asked someone to describe Wendell chances are you would hear that he was a jack of all trades type of guy. The man would not give up and did not stop until the job was done. He was the leader of his family he was the first person you would call if you needed help or guidance whether it be good or bad. He was a loving father, devoted husband, a cherished grandfather and great grandfather. He will be missed by all who knew him.

He was preceded in death by his parents, Eugene and Imogene Collins.

Funeral services will be held on Thursday, January 14, 2021, at 2 p.m. in the John M. Oakey & Son Funeral Home Chapel, Salem. A graveside service will be held immediately following at East Hill Cemetery. The Rev. Gary Kingery will be officiating.

Online condolences as well as accessing the live stream broadcast of his service can be done by visiting the funeral home’s website, www.johnmoakey.com.