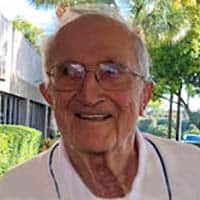 Frank Pearce Cardinell, of Florida, and formerly of Pulaski, VA , at the age of 89 died on Saturday, November 17, 2018, in Crystal Springs, FL after a short unexpected illness following emergency surgery at Bayfront Seven Rivers Medical Center. Frank is survived by his wife, Nancy Casey Goebel Cardinell of Lecanto, FL; children Jeffrey Alan Cardinell and his wife Lori Kaminski Cardinell of Chesterfield Township, MI; Janet Cardinell Lewis and her husband Darrel Lewis of San Francisco, CA; and cousin Rebecca Pearce Melton, life-long resident of Pulaski, VA. Frank was preceded in death by his parents William G. Cardinell of Detroit, MI and Ethel Faye Pearce Cardinell of Pulaski, VA, his first wife Earla Fowler Cardinell of Rochester, NY, and his brother Earl Cardinell, also of Pulaski, VA. Frank was born at the family homestead on Cardinal Dr in Pulaski, VA, on August 25, 1929. He served in the US Army during the Korean War, was a Master Mason of Ferndale Lodge in MI and also a Shriner and a Jester. He founded Cardinal Real Estate and Insurance in the greater Detroit suburbs and after 30+ years in the community, he sold the business and happily retired to Florida where he enjoyed over 25 years of travel, genealogy exploration, stock trading and many, many games of golf. He was blessed with clear intellect and loving demeanor through his last days. His family and friends will miss him greatly. A memorial graveside service will be held on Saturday, June 22, 2019 at 11:00 a.m. in Oakwood Cemetery in Pulaski.