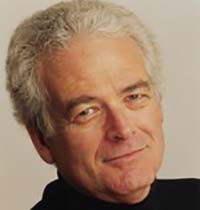 Longtime Floyd County resident Murray Eli Bosniak, was born Oct 10, 1944 in Philadelphia PA. He was a high school teacher and college professor, educational consultant, writer, actor, and singer. Murray attended Central High School of Philadelphia, earned his BA at Temple University and his Masters of Arts and Teaching at Indiana University. Murray taught at the innovative Parkway Program for gifted students in Philadelphia. At Parkway Gamma, located near the University of Pennsylvania, Murray’s creative and effective teaching technique, which he called “Relational Teaching,” was studied by visitors from the United States and abroad, even serving as the focus of the Ph.D. research and thesis of an Australian doctoral candidate. In addition, Murray was honored as “Best Teacher” at Drexel University’s Summer Program.

Murray retired from the Philadelphia Public Schools and moved to Southwestern Virginia in 1984, which became his home for the rest of his life, with work-related interludes in North Carolina and New York. He taught at Virginia Tech’s Upward Bound, as an adjunct instructor at New River Community College, Coastal Carolina Community College, and as high school teacher at Onslow County Schools. Murray did educational consulting in Relational Teaching in Virginia schools and presented at educational conferences at universities in Virginia and North Carolina. He published articles on Relational Teaching in national journals on education.

Murray’s poetry album, “Walking with the Great Spirit” with music by A’Court Bason, was choreographed and performed at Virginia Tech by Carole Crawford Smith’s (former soloist with the Dance Theatre of Harlem) troupe under her direction and with some segments with Carole herself dancing the primary roles. He performed his poem “Breathe in the Light” at churches and other venues throughout the east coast as a part of Kanta Bosniak’s “Sacred Space” Workshops and at Omega Institute in Rhinebeck, NY, where he served as Poet in Residence. As an actor and singer, Murray performed the male lead in “South Pacific” with performances at Virginia Tech and Radford University, and other feature roles in conjunction with the Virginia Tech Theater Department.

A celebration of his life will be held at Jacksonville Cemetery on Oct. 12, 2019 at 2pm. The family is being served by Gardner Funeral Home.