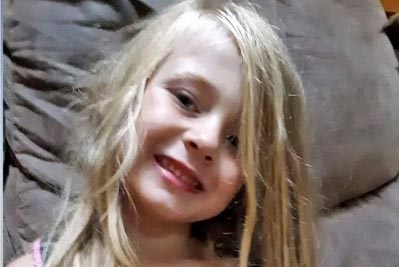 A child reported missing from the New River Trail near Barren Springs was found. Three year-old Josie Burleson’s body was located around 1 am in the river.

Her mother, Kimberly Moore, and her mother’s boyfriend, Adrian Puckett, have been charged with felony child neglect and felony child endangerment. According to Wythe County Sheriff Keith Dunagan, both adults were under the influence of methamphetamine when the child went missing.

More than 100 people searched for Josie for more than 5 hours, starting within minutes of first responders arrival at the home.

Below is a copy of the press release concerning the incident. 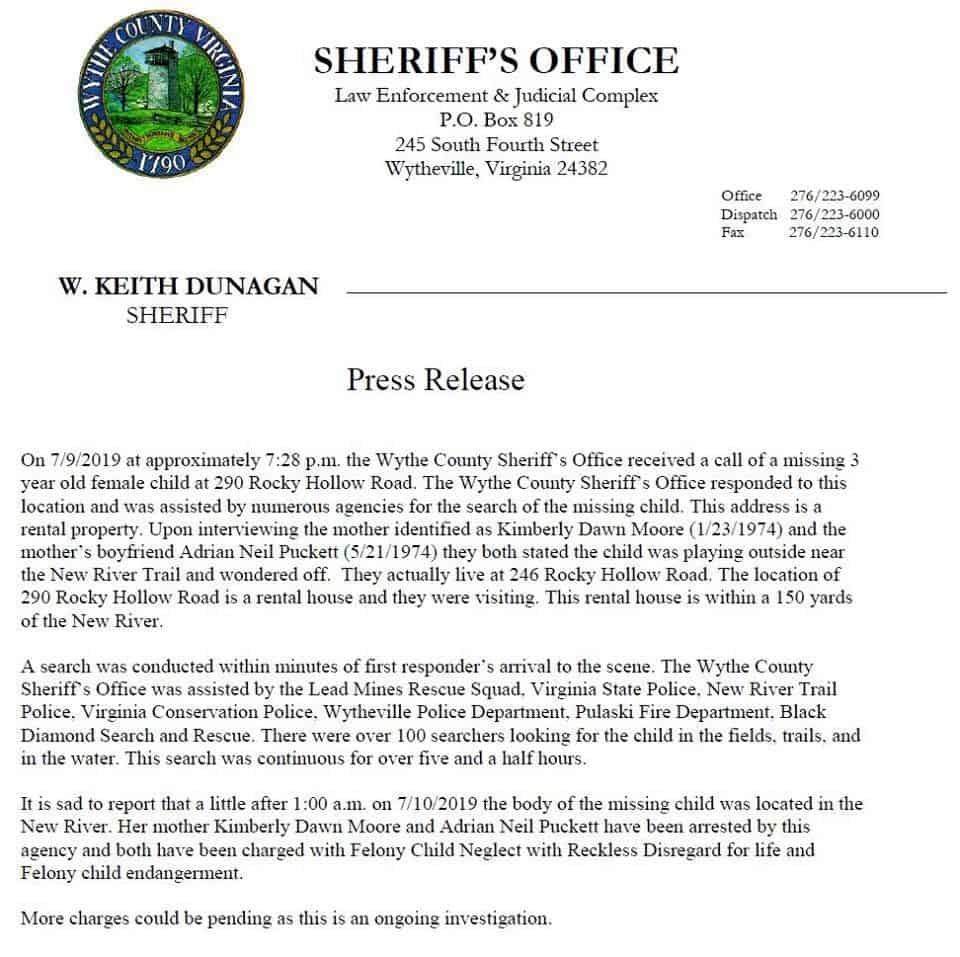