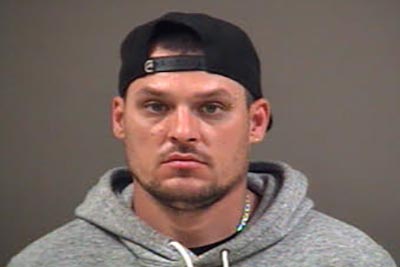 On Sunday, June 28, 2020 at 12:07 a.m., Radford City Police officers responded to a residence in the 300 block of Fairfax Street for a citizen’s report of a male suspect attempting to start a fight with another citizen.

Arriving officers found a female victim that reported her estranged husband (Dennis Ray Blankenship, Jr. of Bluefield WV) had made unwanted sexual advances towards her. Blankenship became angry when the victim refused to participate, then assaulted the victim by slamming the victim against a wall, and putting his hand on her throat. The victim was able to remove herself from the assault but Blankenship blocked her exit from the residence twice before she was able to escape to a neighbor’s home and contact emergency services. Blankenship then fled the scene before police arrival.

Blankenship has connections in West Virginia and the New River Valley. It is not known whether Blankenship is armed or not but he should be considered dangerous. He refused to turn himself in when requested by Police. Any citizens with information as to Blankenship’s whereabouts are asked to contact the Radford Police Department Crime Line at 540-731-5040 or crimestoppers@radfordva.gov.