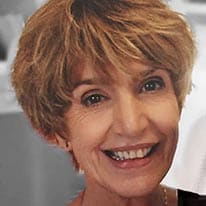 Ann Johnston Aust of Pulaski, Va.  went to be with the Lord on November 19th, 2021 at Carilion Roanoke Memorial hospital at the age of 78.  She was born on December 12th, 1942.  Preceding her in death were her parents George and Agnes K Johnston and her sister Judy Bartelmehs.

Surviving her are her daughter and son in law Ginger and John Stevens of Pulaski.

Son and daughter in law Bryan and Amy Aust of Pulaski.

Several nieces and nephews and many close friends.

Ann loved life and her grandchildren were the light of it.  They lovingly called her Gee.  She will be greatly missed.

Her resting place will be Thornspring Methodist Church Cemetery.  A memorial celebration of her life will be held at a later date.

If you would wish to make a memorial donation in her honor, St. Jude Children’s Research Hospital was her favorite charity.

The family would like to express their sincere appreciation to Lewis Gale Pulaski ER, Lewis Gale Montgomery Cardiac team and especially Carilion Roanoke Memorial cardiac ICU team for their care of Ann.

Stevens Funeral Home is serving the Aust family.  Online condolences can be made at www.stevensfuneralhomepulaski.com.