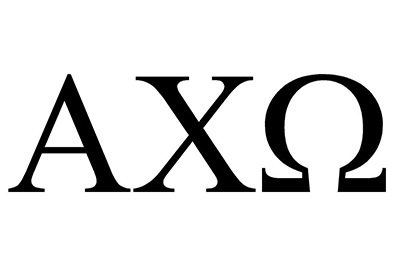 In the 2019-2020 school year, Alpha Chi Omega has demonstrated tremendous growth prompting them to be awarded Virginia Tech’s Sorority of the Year.

“I am so proud of Alpha Chi Omega for receiving this humbling award,” said Katie Bokulic, chapter president. “The sisters of the Epsilon Tau chapter of Alpha Chi Omega are an embodiment of real, strong women, who are determined to make a positive impact in our local community.”

This award recognizes one sorority that has been especially successful in promoting lifelong learning, empowering personal growth, inspiring intellectual development, cultivating leadership, and encouraging philanthropy and service. Alpha Chi Omega has taken meaningful steps to progress their chapter and transcend within the Greek community at Virginia Tech during this past year.

Earning this award was certainly not a walk in the park for the members of this organization.

With the leadership of Abby Bruck, former chapter president, in conjunction with the rest of the chapters’ significant contributions, they were able to attain good standing with the university by the middle of spring, 2019.

“One of the hardest challenges I faced during my first semester as chapter president was low morale,” said Bruck. “Instead of focusing on the negatives of the situation, my executive board and I started highlighting the positives. We focused on strengthening our sisterhood, educating our members about healthy habits, and refocusing our priorities as individuals and the chapter as a whole. I believe this period of growth and reflection was essential and allowed us to make very important changes that move us in the right direction towards becoming the chapter we hope to be in the future.”

Following Bruck’s term as president, she was awarded Outstanding Chapter President of the Year from Fraternity and Sorority Life. Bruck received this honor for her excellent leadership and service during her term.

Throughout the past year, under the direction of Bruck and Bokulic, Alpha Chi Omega has been able to accomplish more than they ever envisioned they could, in light of the position they started in.

Alpha Chi Omega is deeply passionate about their philanthropy, Domestic Violence Awareness, and the Alpha Chi Omega Foundation. This chapter works directly with the Women’s Resource Center of the New River Valley in efforts to support the real, strong women of their community.

The organization holds two annual philanthropy events, one in the fall and one in the spring, in an attempt to raise money and awareness towards their cause.

Mock Rock is their fall philanthropy event, which is three days full of volleyball, percentage nights, dime wars, and a dance-off competition between participating organizations held in Burruss Hall.

The executive director of the Women’s Resource Center, Laura Beth Weaver, not only attended this year’s Mock Rock but was also the judge of the dance-off competition.

“I was overwhelmed with how supportive other groups were of Alpha Chi Omega,” said Weaver. Weaver described herself as speechless with regard to how the issues of sexual and domestic violence, gender equality, safety, and respect got woven through all of the fun, ridiculous dances. “I walked away feeling like this might be a solvable problem,” she said.

Through this event, with the help of over 20 participating organizations, Alpha Chi Omega was able to raise over $40,000 which went to the Women’s Resource Center of the New River Valley to provide services, shelter, and meals to survivors.

“This is a tangible way that they know their abuser has lied to them because there are people who support them, want them to succeed, and have a safe and violence-free life,” said Weaver.

Alpha Chi Omega has continued its efforts in raising money and awareness in the midst of the COVID-19 pandemic.

“The Women’s Resource Center depends on us holding in-person events and raising money and spreading awareness across campus which is something we now cannot do,” said Tyler Collins, vice president of philanthropy. “Trying to come up with new ways of spreading our message to students and community members has been especially challenging yet rewarding because we now know that we are still able to make a difference under these crazy circumstances.”

Collins was also recently awarded the Outstanding Community Member of Year from Fraternity and Sorority Life. This honor is given to a sincere member of the Virginia Tech Greek community who has devoted service and commitment through their leadership positions.

In Collins’s brief time in this position, she has started virtual campaigns raising sexual assault awareness, collaborated with partnering fraternities on ways Alpha Chi Omega can help the Women’s Resource Center as a team, rallied participation in Panhellenic philanthropy efforts, and partnered with a nursing home encouraging women to write letters to residents.

Despite the setbacks that COVID-19 is bringing upon the chapter, they have found exciting new ways to spread awareness and maintain a strong presence on campus and in the community.

Through the organization’s social media accounts, they were able to participate in the annual celebration of Denim Day. Denim Day, according to their website, is a day where millions of people across the world wear jeans with a purpose to support survivors and educate themselves and others about all forms of sexual violence.

Members of the organization sent in photos of themselves wearing denim with a short description of why they stand with survivors to be posted on the sororities’ Instagram account. By doing so, they were able to reach an extensive portion of the Blacksburg community.

Along with Demin Day, they also participated in campus-wide events such as the 3.2 for 32 annual run and Relay for Life.

In addition to the three awards that Alpha Chi Omega and its individual members have already been recognized for from Fraternity and Sorority Life, they were awarded the Outstanding Safety, Health, and Wellness award, making it a total of four awards, more than any other organization on campus.

Alpha Chi Omega plans to uphold this honor by continuing their efforts in implementing innovative, sustainable, and relevant practices related to safety, health, and wellness.

During the transition of executive teams, Bruck shared influential words with the incoming and now current chapter president Bokulic and her executive board.

“As a leader, especially of a collegiate organization, you must be relatable and approachable,” she said. “I was scared that my role would distance me from individuals in the chapter. As long as I showed members that I respect their opinions, take them into account, and explain why I made the decisions I did, people would respect me as well.”

Bokulic took these words to heart as she took on her role as president.

“I’m looking forward to seeing my sisters again and being able to socialize in person rather than Zoom,” said Bokulic. “I’m extremely excited to kick-start school and sorority events soon.”

Until members are able to return to campus, they will continue to maintain an active presence in their community as real, strong women.